“A Mother’s Job Is Never Done” Rita recalled, HEARING this statement being made by visiting aunts or friends of her Mother, while they sat in the living room chatting over a cup of cardamom tea, munching delicious hot samosas and crisp cumin cookies.

Each one of them, sharing a buzzing story of their enormous ‘To Do List’. A list of chores which they skillfully wrapped up before daring to step out for this much needed break! All ladies, Rita’s Mother included, were quite aware that there remained a number of ‘Yet To Be Done’ tasks, awaiting their attention as soon as they got back home!

The chance to step away from their home, to relax and enjoy themselves in peace, was a luxury for most Mother’s in the 19th Century. There was just so much to do!

Rita grew up, SEEING in her own house, the statement “A Mother’s Job Is Never Done” come to life everyday when the day seemed to have fewer hours than those needed by her Mother to get all the work completed. Her list of tasks, seemed to reinvent itself magically before the next mornings sunrise and emerged longer than the one she had been laboriously working on the previous day!

“Mother is always busy!” Rita would often share with her friends. “There isn’t a moment, when Mother is NOT involved in doing something. There is always an errand to run, something delicious cooking or about to be cooked in Mom’s kitchen, a guest being given a respectful send off or someone being welcomed, a family fiesta getting planned or a visit to cheer someone sick being organized!” Rita promised her self that her life would be different from her Mom’s. She was looking forward to a quiet life with plenty of time for herself.

Rita’s house and everything in it, including it’s people seemed to need her Mother’s constant and univocal attention – ALL THE TIME. And they got it. Rita included! Rita’s Mom adored her little girl and her tiny son.

Rita would often chat with her Mom asking her a multitude of questions. She wondered, “How does Mom manage it all? Where does Mom get her burst of energy from? Does she own a bottomless well which pumps out endurance and patience? Is it even humanly possible to hold everything together so seamlessly – day after day?” Rita’s Mom would smile and say, “Mother’s don’t share the secret of their superwoman powers. It is something you will need to figure out in time for yourself Rita. Just wait till you become  The Homemaker“

Rita grew older and began to navigate her own life as young girl, then a wife and later as a mother. She realized that a Mother becomes so deeply entwined with her home, that every nook and corner reflects a part of her personality. Just like her own Mother, Rita became the thread of strength and love that kept everyone in her own family together like a string of pearls. She too had unknowingly perfected the ability to wave a sparkling wand and transform a brick and mortar House into a beautiful family Home.

Rita finally knew the secret. It was love for her family & pride for her home that made her Mom and every Mom a superwoman.

Rita became a Mother and often went through her day FEELING, there was so much yet to be completed, so much she had not begun to plan for and so much she din’t know how to do! There was something constantly happening in the lives of her husband and children and she found it hard to keep pace with everything in her household no matter how hard she tried. Rita now understood why her Mom had always been so busy seven days a week!

For Rita, the age old saying “A Mother’s Job Is Never Done” became a reality. She too became a superwoman. A one woman army.

Rita’s Mother moved base from her home below to the heavens above. Everything changed, but for Rita her Mother’s work was still not done. Even today, years after her passing, Rita calls upon her Mother in moments of despair, to calm and console her like no one else can. She is brought into the countless conversations Rita has with her own children. Conversations where Rita tries to pass on to them, piece by piece the wisdom she received from her Mom. Rita still needs her Mom’s advice – when she muster’s the courage to cook a favorite family recipe, decorate the house or choose a gift for someone. The list is endless.

Rita sat down one day thinking, “It doesn’t matter what your gender or age is. It doesn’t matter if you are a single child or one amongst other siblings. It doesn’t matter whether you live in the family home or on your own. A Mother’s wisdom, her concern follow’s you through the journey of your life. It does so, irrespective of whether you feel its need or not. Her words of advise, warm solace, appreciation and guidance murmur’s softly in your ears during moments of solitude.”

Like Rita, we too seek our Mom’s wisdom – maybe while figuring out the complexity of relationships both within the family and outside, perhaps while making important decisions, could be while raising our own families or simply while navigating through the journey of life? We always need our Mother.

Irrespective of time, age, gender – a multitude of how and why questions arise in our lives. KNOWING that “A Mother’s Job Is Never Done” these questions will need to be answered by our superwomen Mom’s. Wherever they are.

Have you ever wondered ifWe Are Similar? 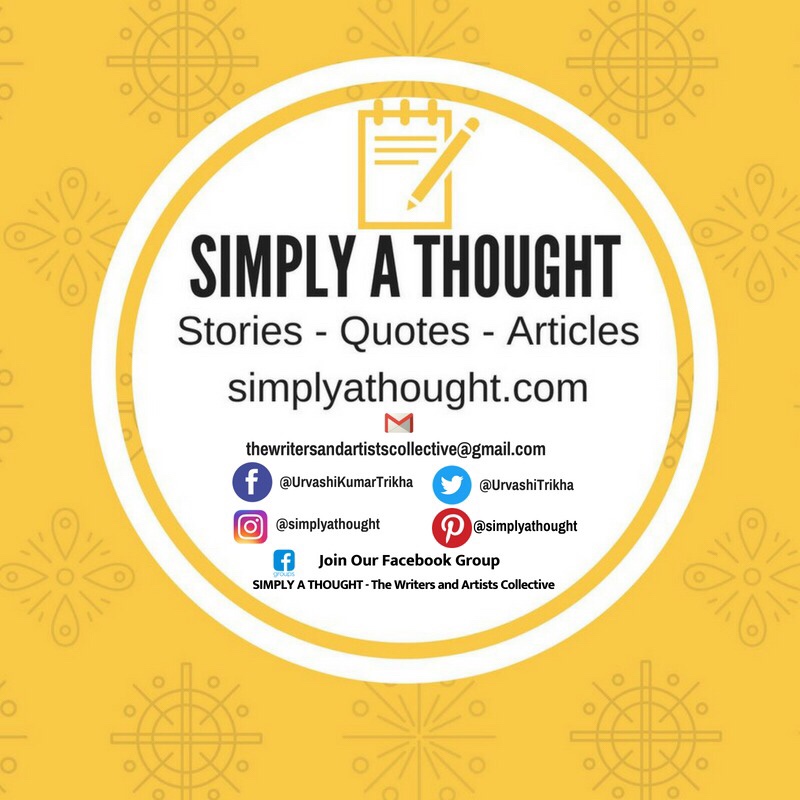